What You Should Know as a Foreign Employer or Employee in the U.S. 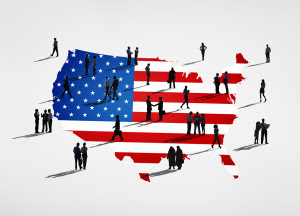 Cultural differences, while difficult to observe and measure, are obviously very important. Failure to appreciate and account for them can lead to embarrassing blunders, strain relationships, and drag down business performance. In some cultures, loyalty to a community/family, organization, or society is the foundation of all ethical behavior. The Japanese, for example, define business ethics in terms of loyalty to their companies, their business networks, and their nation. Americans place a higher value on liberty than on loyalty; the U.S. tradition of rights emphasizes equality, fairness, and individual freedom.

In another example, managers in Hong Kong, have a higher tolerance for some forms of bribery than their Western counterparts, but they have a much lower tolerance for the failure to acknowledge a subordinate’s work. In some parts of the Far East, stealing credit from a subordinate is nearly an unpardonable sin.

This booklet can aid you with basic knowledge to begin your journey to do business in the U.S. within legalities. Even the most experienced businesses can benefit from an accurate understanding of new opportunities and the risk involved.

There are two primary sections of law in the United States: federal and state. The U.S. Constitution is the foundation for all federal law and is the supreme law of the land. Federal law is legislated and enforced by the national government through its own system of courts and administrative agencies.
In addition, the United States is made up of 50 states and various territories. Elected legislatures, assemblies, and executives govern each state and pass laws effective in their jurisdiction. Each state has its own enforcement organizations, administrative agencies and separate judicial systems.

Some areas are governed solely by one law system or the other. For example, private sector collective bargaining in the United States is legislated and enforced exclusively at the federal level. However, the manner and timing of wage payments is a state issues.